Anyway, I thought I would give you my 'Year in Review' - not just about me, but a little review of what's been happening in the Parkinson's field.

Well, 2019 didn't start off too well for me - in fact, it started rather ominously... If you recall one of my earlier "Guest Blogger" posts, I made mention that it isn't every day you meet a couple who BOTH have had brain surgery! In our case, I had things put in (DBS), but my wife had something "taken out" - that being a rather large brain tumor (specifically, a meningioma)!! She (and we) had noticed changes in her for months beforehand; then when we finally got her in for an MRI in early January, the tumor was discovered. I spent a few nights there wondering the worst - and then a number of days with her in the hospital. But, thank God, the mass was benign, removed successfully and she was back to her 'normal' self in just a few days! Anyway, she fully recovered from the surgery and within a few months she was back to being my lovely wife and "Care Partner"... but it was quite a scare, let me tell you! If you want to read about her experiences right from the "horses mouth" so-to-speak, see my previous post "Guest Blogger: Our Amazing Brain".

After that, I began to wonder what else the year was going to bring! Luckily, that was the worst news by far, and the few months after that seemed to be pretty normal. But we had already planned one of those "bucket list" trips - if you remember, last year we did the complete Route 66 drive! It would be hard to top that, but I think we did: During the first week of August, we took a 12-day trip to..... ALASKA! (And no, we didn't drive the Camaro there!) This was not only something we had both wanted to see, but it also was a test for me - you see, I haven't flown in an airplane in YEARS - especially not since I was diagnosed with Parkinson's.... Would my body (and brain) be able to handle a 5+ hour flight? Let me tell you, I was REALLY nervous - but I made it through pretty well... Other than some jet lag (Alaska is 4 hours behind EDT - which makes it fun trying to keep on your medication schedule), the flight was uneventful. Anyway, our trip was a 7-day cruise up the Alaskan Inside Passage and then 3-nights in Denali (if you don't know, that is the old Mount McKinley) - plus stops in Anchorage and Fairbanks. This was the first time I had ever been on a cruise (yes, I guess I am a land-lubber) and found it to be very pleasant. Plus, we saw things we would never had nor probably never again will see - wild grizzly bears, caribou, massive glaciers, humpback whales, arctic tundra, and much more! And I made it through the experience without too much trouble from old Mr. PD!

Here are just a few examples of the hundreds of pictures and videos we took on this trip: 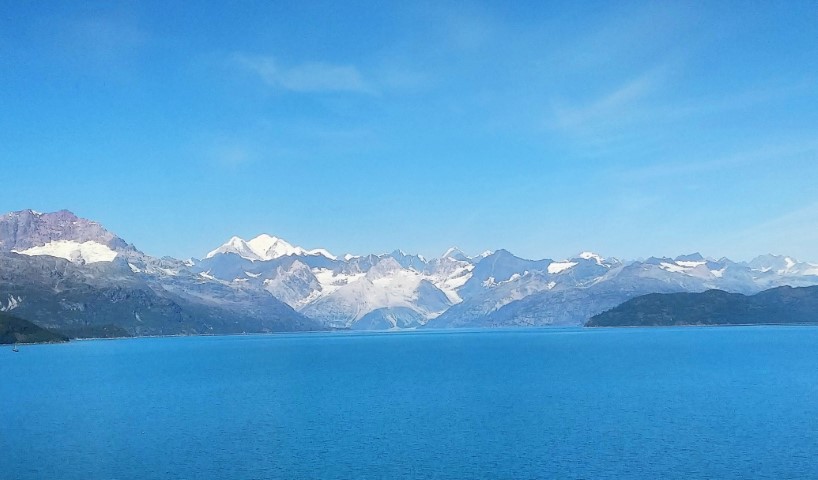 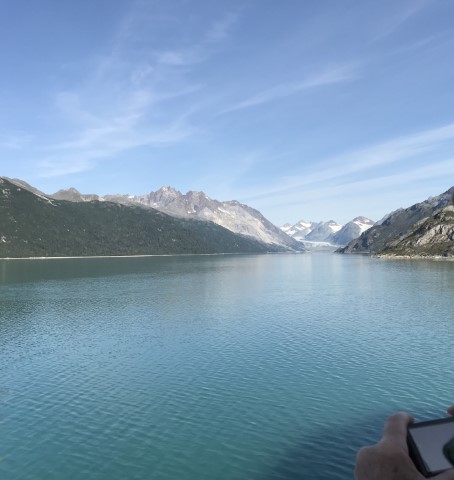 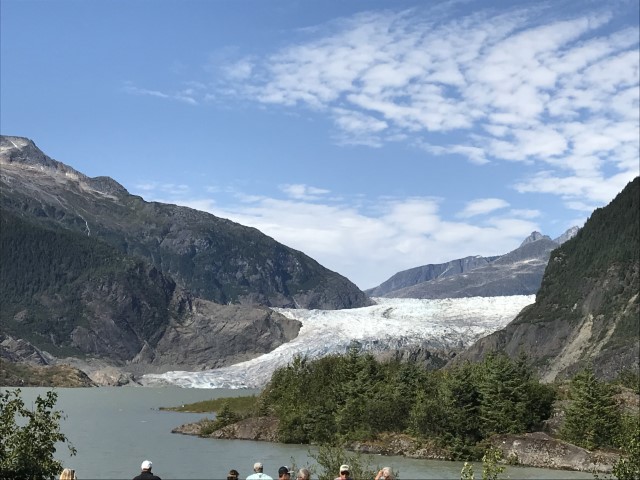 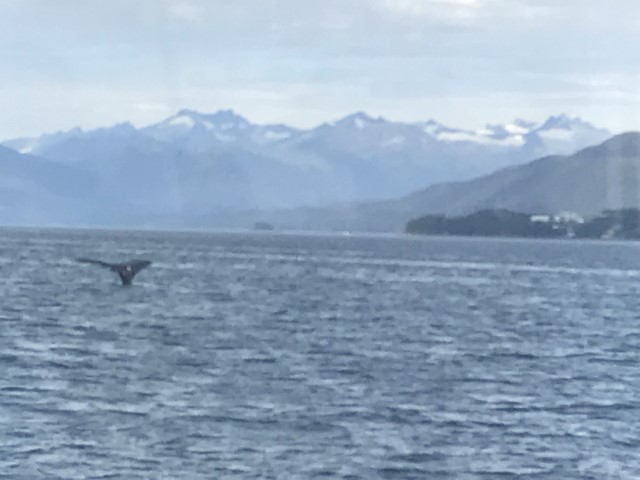 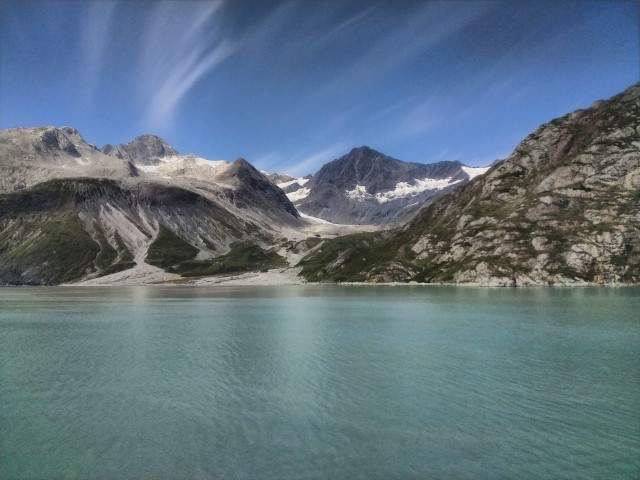 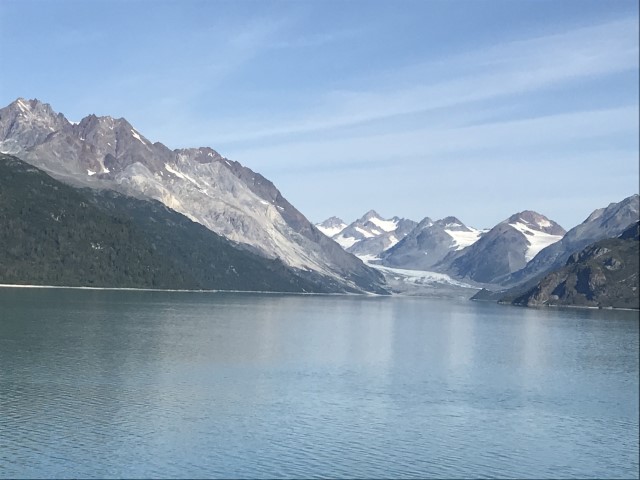 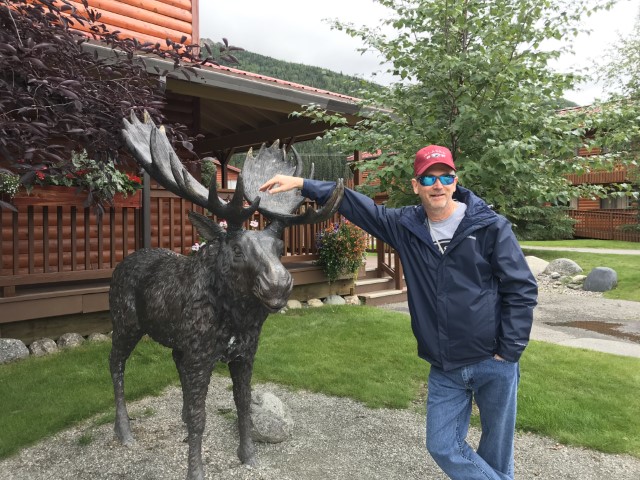 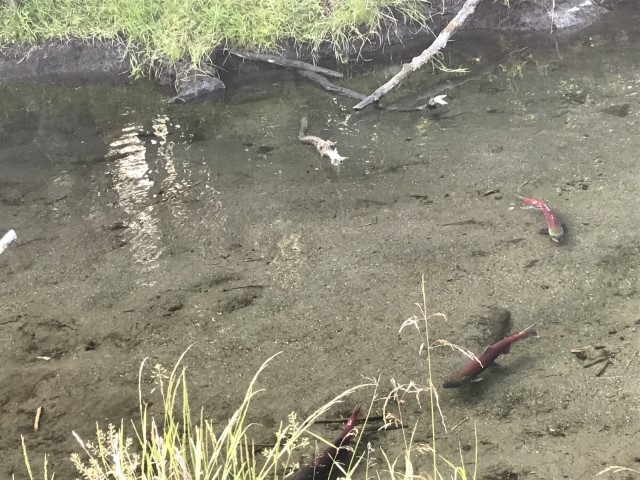 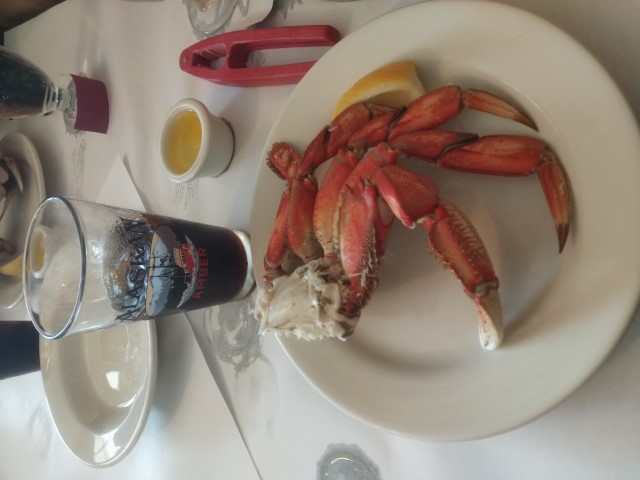 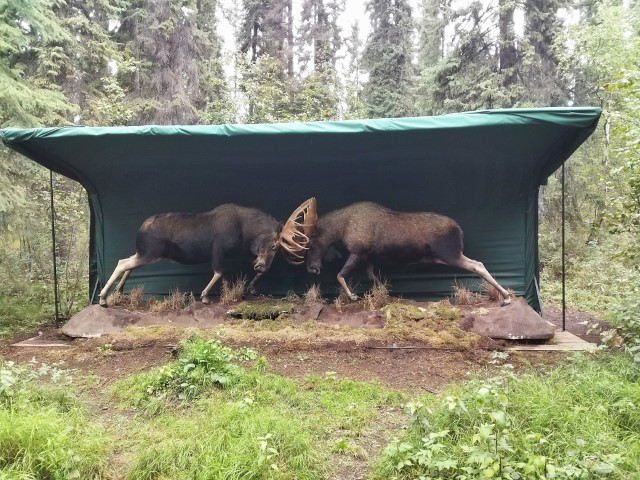 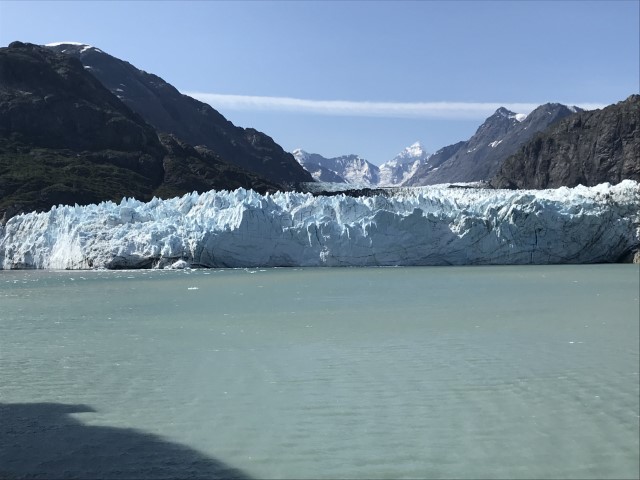 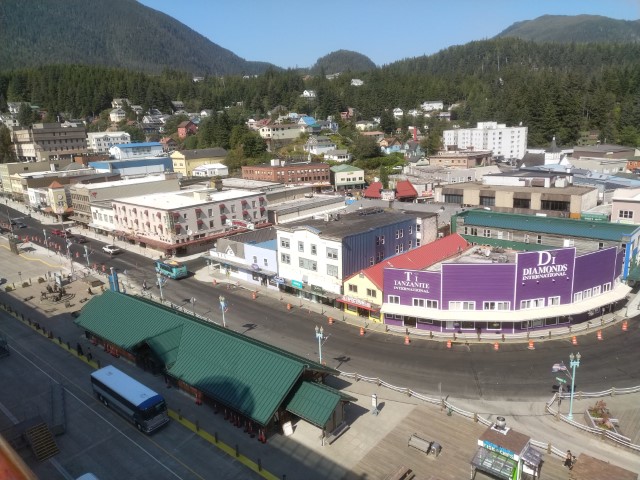 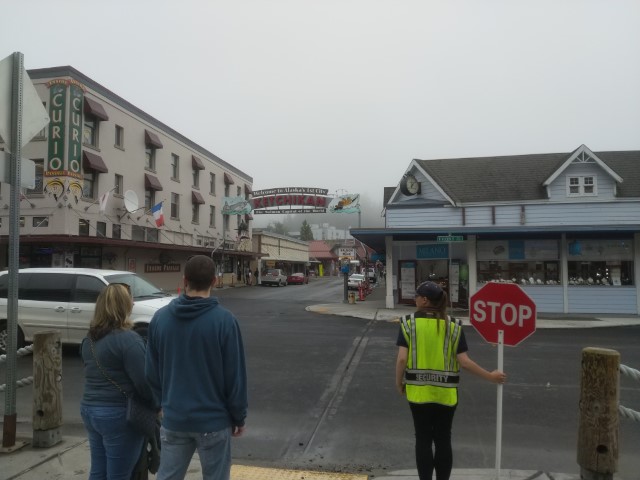 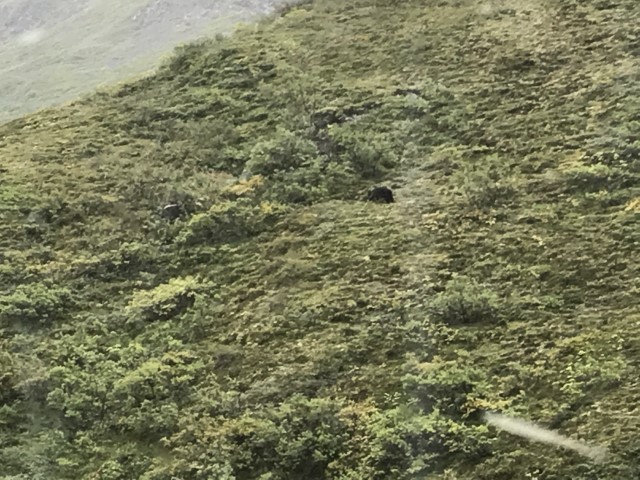 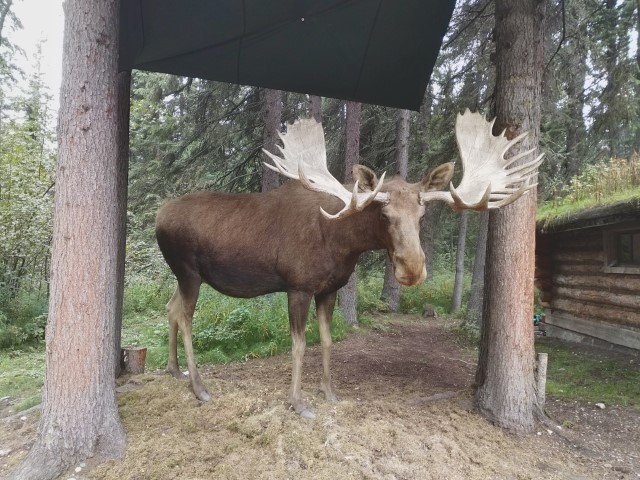 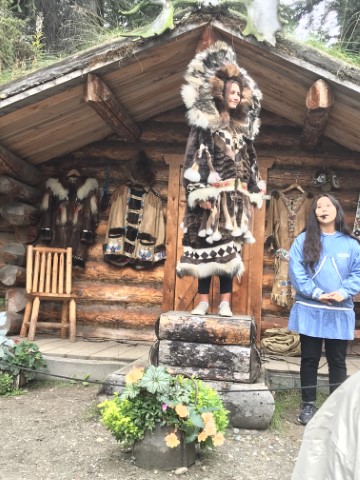 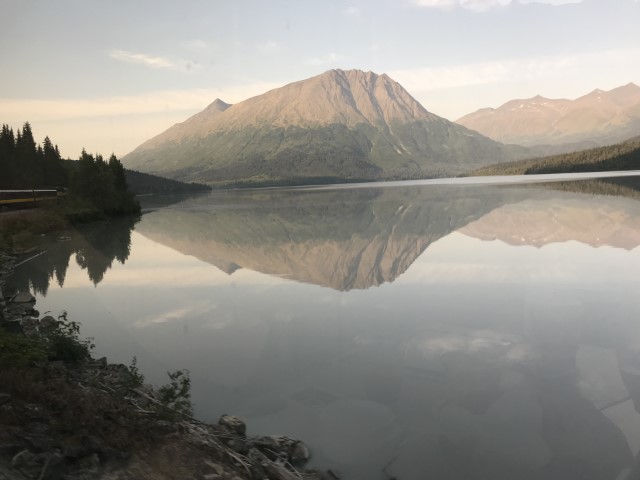 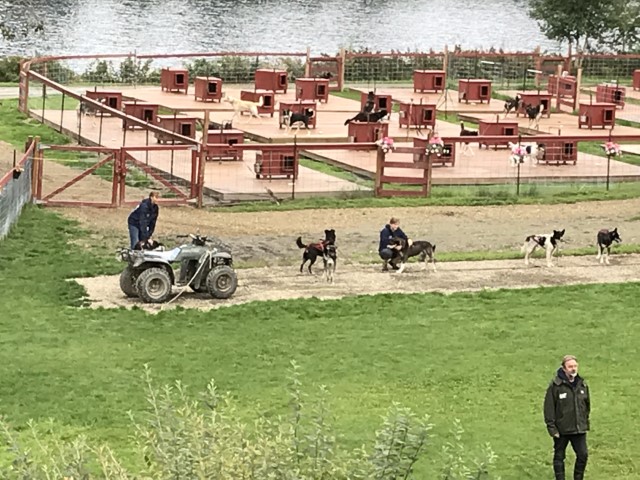 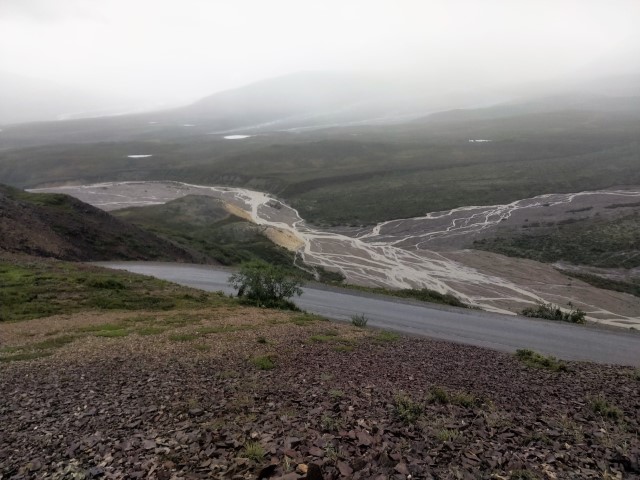 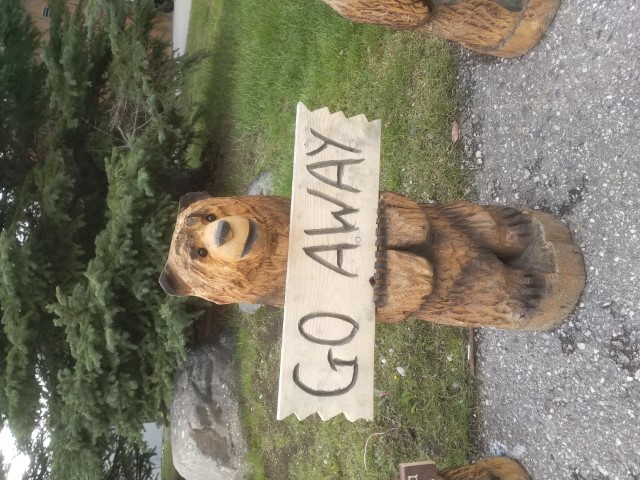 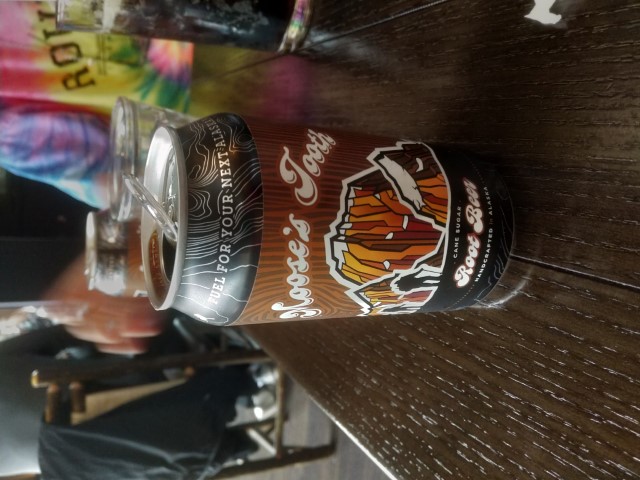 After that (whew) things went back to being pretty routine... In September, we had our annual SW Michigan Parkinson's Foundation (MPF) Walk-a-Thon, held at the Binder Park Zoo in Battle Creek. I walked of course (even though I was in a walking boot - more later), and I had four other walkers sign up to walk with me... Our team raised more than $2,000 for the MPF! Plus, for the first time our team was assigned VIP status, which means we got our own tent and breakfast goodies at the walk! In addition, I did my original "Chinese Raffle" and raffled off some pretty cool prizes! Not only was it a good time for all, but it benefited a great cause.

In the same vein, in October my wife and I attended the "Everbody vs. Parkinson's" Gala event in Detroit at the Motor City Hotel and Casino! This event was sponsored by both the Michigan Parkinson's Foundation and the Kirk Gibson Foundation. (If you didn't know, the great former Detroit Tigers Kirk Gibson - known simply as "Gibby" - was also diagnosed with PD). It was a FANTASTIC evening - a night of dining, helping to raise money (over a million dollars were raised), and even dancing (though I couldn't dance - you'll see why later). Plus, we got to see and hear from "Gibby" himself!

So I guess those are the big "positive" highlights of my year... But wait...

Then there's the "Physical" Stuff...

What do I mean by that? Well, this is a Parkinson's blog, after all, so by that I mean me and Mr. Parkie! How did we get along this year? Well, I'll start by saying, "Not too well"... First, I had to have some minor toe surgery this year. What has that got to do with PD, you ask? One of my major issues with PD had been foot dystonia - and all those years of walking around on the end of my cramped-up toes caused one of them (left foot) to become a "hammertoe". Not only that, but all that cramping and walking resulted in the first joint of that toe.... well I guess you would describe it as being destroyed! So in September they did a "bone fusion" - they removed the joint completely, and then put a screw in it to fuse the two bones together! Ouch! I was in a walking boot for a couple of weeks there, which was absolutely obnoxious - especially when trying to walk in the walk-a-thon! So now the toe is healed and is nice and straight - although it still feels "funny"... Kinda like a wooden toe! I can only hope that feeling will go away sooner or later.

Speaking of "Miss Dystonia", she has made a rather rude visit to me and, for now anyway, seems to have taken up room and board again. As I said previously, dystonia was a major problem that resulted from my Parkinson's- which was the main reason I had DBS back in 2017. And till this year, it was pretty much gone - I had had very little, if any, dystonia in the left foot, and NONE in the right... However, this year it seems that the left foot dystonia and cramping has come back - almost as bad as it was originally! (I say almost because, if I turn off the stimulation, I can guarantee you it is MUCH worse then!) My neurologist and I are not sure exactly why it has come back, but we had two guesses: 1. The leads in my brain had somehow moved or were incorrectly placed, or 2. The disease has progressed.

So to check the first option, I had an MRI of the brain done in June of this year. After a few consultations (and second opinions) we've determined that the leads ARE in the same and correct place. So that leaves... Ugh - disease progression. You know, sometimes we get complacent with this disease (since it moves so slowly) and we forget that it will get worse, eventually. Well, that has been a rude awakening for me this year. Not only do I have the return of the dystonia, but I am also noticing that I move more slowly than I used to do. Yeah, it sucks - but that is life, I guess. A bright spot, at least, is that the right foot continues to be completely free of any dystonia!

Anyway, my neurologist has just about tried everything he can do to "reprogram" my stimulator within it's limits - and the older Medtronic unit I have does have limits. Therefore, if the insurance will approve, we've decided to replace the old Medtronic stimulator/battery with a newer, more advanced Boston Scientific unit! Not only does that unit work with the old Medtronic leads in my brain (cause I'm NOT removing or replacing those!), but it's fully rechargeable (30 minutes once a week) and therefore will last 15+ years! But most importantly, it allows him to do more with programming - he can use it to "shape" the electrical current in each lead - kinda like going from a round "ball" of electricity to more of a funnel shape. We're hoping that he can use this to once again kick Miss Dystonia out of my left foot for good! Again, if approved, I am figuring on having this done ASAP in the new year!

What Happened In Research 2019

So what happened in Parkinson's research and such for 2019? Well, on a positive note, there have been a few new drugs that have come onto the market. One of them is Inbrija - an oral levodopa inhaler. I had been anticipating this for years, and although I myself found it wasn't all it was cracked up to be (for me, anyway - see my review on the blog site under Reviews), others have found it to be helpful - and it's progress, anyway!

There's also been, unfortunately, a number of failures in PD research. One of the most notable was the failure of Nilotinib... this was an older cancer drug in which initial studies was thought to help clear the alpha-synuclein in the brain. I had been following this closely since that first study was done - I even considered joining a clinical trial, except for the fact it required a number of spinal taps to get brain/spinal fluid (and I'm a chicken!) Unfortunately, it was shown - although safe to use - to not have any benefit for PD patients. Another one was Isradipine, a blood pressure drug, that again turned out to not show any benefit for Parkinson's patients.

This is unfortunate because I had always hoped that 2019 would be the year that we'd find something really positive for disease progression - something that would stop or slow down Parkinson's. The good news, though, is that the PD pipeline is still full of possible therapies and new or re-purposed drugs - so I am still holding out hope that something will be discovered soon - maybe even in 2020! So don't forget to give to the Michael J. Fox Foundation and others who support research - and if possible, join a clinical trial to further research (and don't be a chicken like me!)

So there you have it - my take on 2019! Although it started out rather ominous, it turned out to be a decent year, I guess - along with the vacation of a lifetime! Hopefully, if they can figure out this stupid dystonia, and get my new neurostimulator/battery in place, then 2020 may be even better. Maybe even that research breakthrough may become a reality in the coming new year!!

It's the end of the decade - and into 2020 we go! Here's hoping everyone had a wonderful Christmas, and may your New Year be bright!